The sound that you’re listening to is from my guitarThat’s named Lucille. I’m very crazy about Lucille.Lucille took me from the plantation. Oh you might say,Brought me fame.I don’t think I could just talk enough about Lucille.Sometime when I’m blue seem like Lucille try to helpMe call my name.I used to sing spirituals and I thought that this was
The thing that I wanted to do. But somehow or other
When I went in the army I picked up on Lucille, and
Started singing blues.

Well, now when I’m paying my dues, maybe you don’t
Know what I mean when I say paying dues, I mean when
Things are bad with me. I can always, I can always,
You know like, depend on Lucille.

Sort of hard to talk to you myself. I guess I’ll let
Lucille say a few words and then.

You know, I doubt if you can feel it like I do. But
When I think about the things that I’ve gone through,
Like, well for instance, if I have a girlfriend and
She misuses me, and I go home at night, maybe I’m
Lonely, well not maybe, I am lonely, I pick up Lucille
And it bring out those funny sounds that sound good to
Me, you know. Sometime I get to the place where I
Can’t even say nothing.

You know, if I could sing pop tunes like Frank Sinatra
Or Sammy Davis Junior, I don’t think I still could do
It, ’cause Lucille don’t wanna play nothing but the
Blues. I think I’m, I think I’m pretty glad about
That. Cause don’t nobody sing to me like Lucille.
Sing, Lucille.

Well, I’ll put it like this. Take it easy, Lucille. I
Like the way Sammy sings and I like the way Frank
Sings, but I can get a little Frank, Sammy, a little
Ray Charles, in fact all the people with soul in
This.

A little Mahalia Jackson in there.

The way, the way I came by the name of Lucille, I was
Over in Twist, Arkansas, I know you’ve never heard of
That one, have you? And one night the guys started a
Ball over there, you know, they started brawling, you
Know what I mean. And the guy that was mad with his
Old lady, when she fell over on this gas tank that was
Burning for heat, the gas ran all over the floor.

And when the gas ran all over the floor, the building
Caught on fire, and almost burned me up trying to save
Lucille. Oh I, I imagine you’re still wondering why I
Call it Lucille, the lady that started that brawl that
Night was named Lucille.

And that’s been Lucille ever since to me. One more
Now, Lucille.

Sounds pretty good to me. Can I do one more? 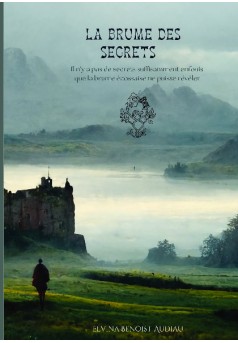