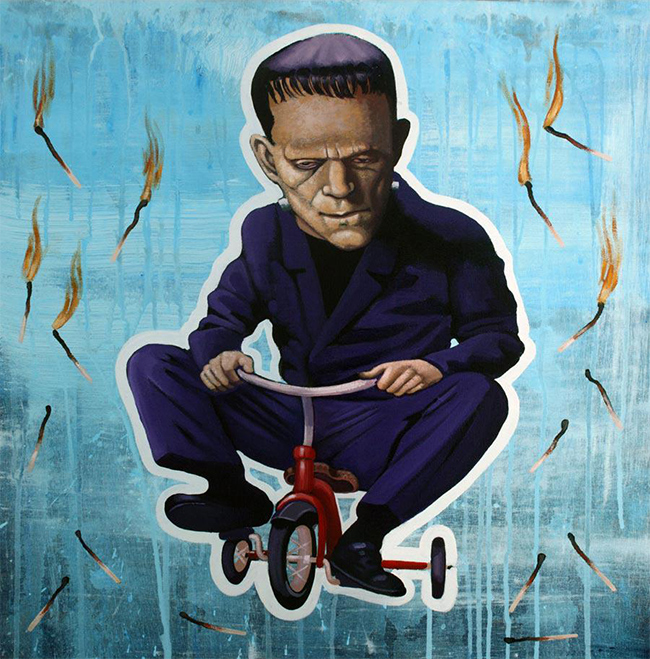 Michael Forbes is a Scottish artist. He was born in 1968 and currently lives and works in the relative isolation of a small village called Maryburgh, in the North of Scotland. Over the years, Forbes has well and truly established himself as a tour de force within the arena of New Contemporary Art. His work deftly weaves his unique brand of humour into paintings which fuse the world of pop culture with the surreal. While the majority of Michael’s subject matter is laced with wit and a hint of devilment, he is also a master at creating images which get to the heart of the human condition in an incredibly profound and poignant manner. Through the use of his own intelligent visual vocabulary, Forbes’ work is high in impact and doesn’t often leave the viewer in any doubt over his intended meaning. 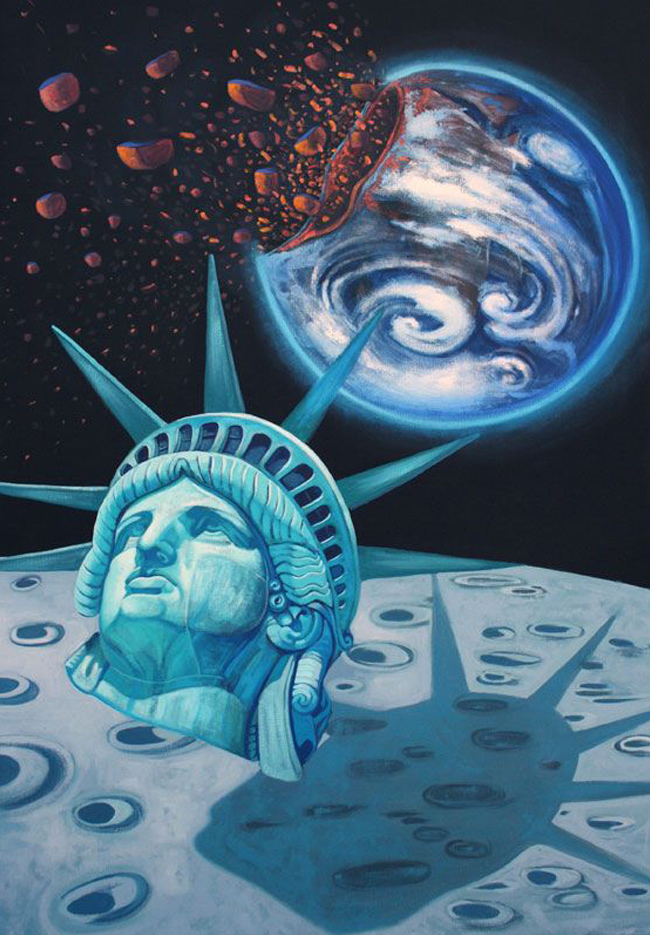 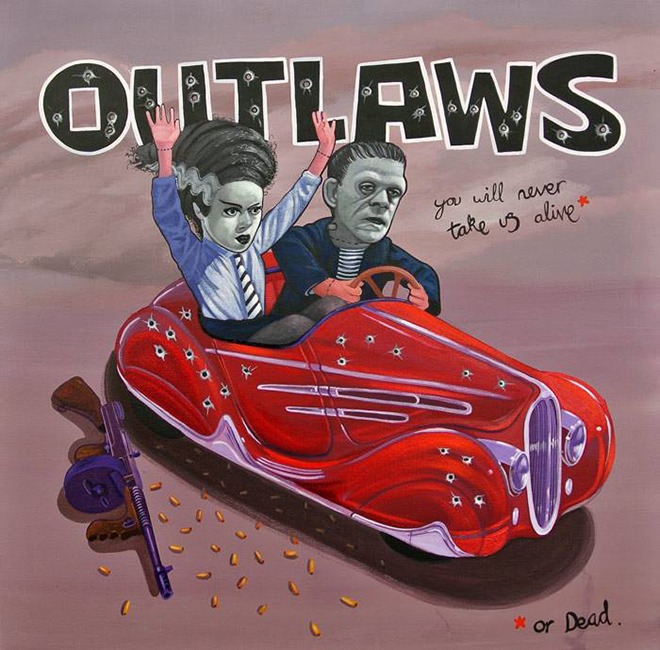 « I started painting because I had images in my head that I wanted to look at in the real world. Painting was a good way of getting them out. I’m self taught and living in the Highlands. I went a long time as a teenager thinking I was the only artist North of Edinburgh. I’m not, there are lots, but it took time to find them. » Michael Forbes 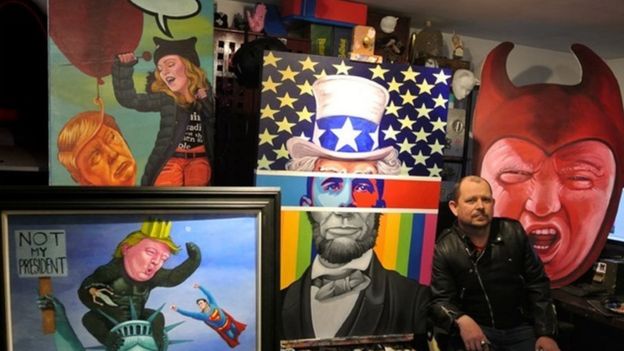